Carl M. Johnson is a philosopher and programmer, currently employed as the Director of Technology for Spotlight PA. Prior to working at Spotlight PA, Carl worked at The Baltimore Sun, Ad Hoc LLC, PBS, and The Atlantic.

In 2012, Carl received a Ph.D. in comparative philosophy for a dissertation entitled “Watsuji Tetsurō and the Subject of Aesthetics” (pdf) from the University of Hawaiʻi Mānoa. In 2006, he received a master’s degree from the University of Hawaii. From 2004 until 2006, he taught English as a member of the JET Programme in Toyama Prefecture, Japan at Fukuoka Senior High School and Takaoka School for the Hearing Impaired. In 2004, he graduated from Furman University in Greenville, South Carolina with a double major in philosophy and computer science. In 2000, he graduated from high school at the South Carolina Governor’s School for Science and Mathematics.

Carl’s primary experiences as a professional developer have been as a web developer and devops engineer, but he also has a strong interest in using Go to solve everyday programming problems. 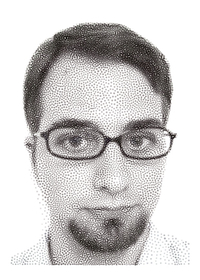